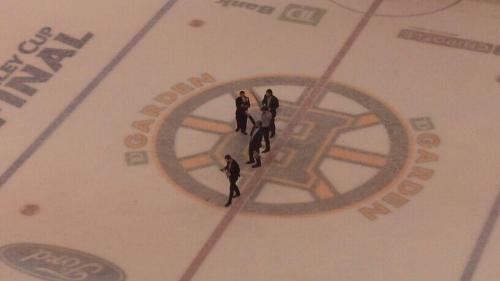 Yep, that’s some cold-blooded Blackhawks getting photos on the spoked B. Brutal.

And, uh, over at CBS, Captain Serious moonwalks.