Buzz3eed: Eight Places In Texas To Move The Minnesota Wild

A little birdie says the Wild lost $30 million during their abbreviated 2012-13 season, and a cash call was made to team investors in February. The Wild paid bonuses totaling $20 million to sign free agents Zach Parise and Ryan Suter.

Now that seems almost silly — $30 million is an extraordinary amount of money to lose for a team that claimed 104 percent capacity, even in a lockout-shortened year in which they paid two players $20 million combined.

Of course, we are talking about Craig Leipold. The story of his business acumen can be found here. This is a man who took over a franchise that had a waiting list for season tickets. Then, four years later, he crowed about how spending $20 million on two players sparked season ticket sales. Logic tells us then that under Craig Leipold’s leadership, the season ticket base eroded for a team playing in the self-proclaimed State of Hockey. Great job, Craig.

Now, a caveat — the Wild weren’t the only Conference III team that had lockout problems. Attendance was up in Nashville, but the paid number was down with the overall figure buoyed by the team giving away nearly a literal ton of tickets per game.

In any event, this report of monetary troubles in Minnesota led to this obvious reaction from Monica McAlister at Kukla’s Korner:

Is the State of Hockey at risk of losing their second National Hockey League Franchise?

It has been 20 years, nearly to the day, that the Minnesota North Stars packed up and moved to the sunbelt and became the Dallas Stars; and low attendance and lost revenue during seasons where the team did not play up to the standards of their fan base.

All this based on a report sourced to a little bird — and let’s be real, how reliable are birds?

END_OF_DOCUMENT_TOKEN_TO_BE_REPLACED

Apparently, Chicago isn’t the only one. Bronies got after the Predators years ago. 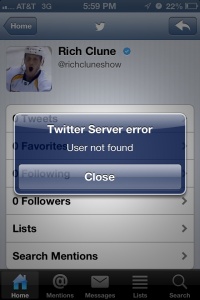 “Smart lad to slip betimes away,
From field where glory does not stay.” — “To An Athlete Dying Young” by A.E. Housman

Like a meteor or a rainbow, like Housman’s garland, briefer than a girl’s — some things are too beautiful to live in this world.

Imagine a painted bunting landing in a gray, abandoned wasteland. So out of place it would be — so in danger from the starving, drooling scavengers.

END_OF_DOCUMENT_TOKEN_TO_BE_REPLACED

Bookmark this post, gang. It’s the highlights, low lights and brunch dates for the Conference III season. It’s linked in The Essentials for quick reference, as well.

All times Central, except where noted (NB: now proffering “Where Noted” as lingo for playing in Colorado – i.e. “Tonight the Blackhawks take on the Avs Where Noted”).

END_OF_DOCUMENT_TOKEN_TO_BE_REPLACED 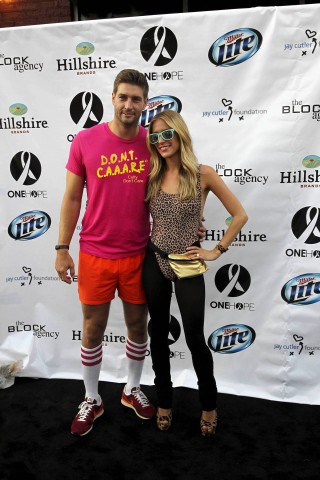 You may have heard — the NHL said Conference III is now the Central Division, at least according to them.

We shook our heads at this renaming-by-fiat; once again, we were the misfits, our entreaties ignored.

In short, like Jay Cutler, WE DOOOOOOOOON’T CAAAAAARE what the league calls us, we are calling us Conference III.

Rather than allowing us to embrace our new identity, Gary Bettman and William J. Daly III gave us an identity that already existed.

Granted, at least it’s not the Flortheast — now known as the Atlantic, despite having just one city on the Atlantic (two if you generously say Sunrise, Fla. is on the ocean). That division has more cities on the Great Lakes than it does the Atlantic.

Then there’s the Metropolitan, which I actually like as a name, even if it would have made more sense for the other division. If someone wants to start a Metro Division blog, Chris Cieslak has a great logo for you.

But we — the committee of notables — do have 11 reasons why Central is a stupid name.

END_OF_DOCUMENT_TOKEN_TO_BE_REPLACED

Our Initial Reaction To Being Called the ‘Central Division’

More comprehensive response later, but for now, Mr. Turco, if you please?

END_OF_DOCUMENT_TOKEN_TO_BE_REPLACED

Cash The Dutchie On The Left Hand Side (of Conference III)

Nope. No schedule today. Matt Duchene got a nice extension.

Worth Its Weight: A Conference III Math Problem

For an upcoming fan event, the Nashville Predators painted the ice at Bridgestone Arena gold:

END_OF_DOCUMENT_TOKEN_TO_BE_REPLACED

As someone who has never played hockey or studied it at any level, I’m uniquely qualified to offer my analysis of crucial plays in key games and great moments from the past.

Today, with former Nashville Predator Blake Geoffrion announcing his retirement, I’ll examine the footage of his greatest NHL accomplishment: a hat trick against the Sabres in Buffalo on March 20, 2011.