A Note From The Editor

It’s come to our attention that we here at III Communication are — on occasion — a little bit tough on our Canadian friends.

Therefore, in the interest of fairness — that most Canadian virtue — we’ve decided to hire a Prairie Province Correspondent. 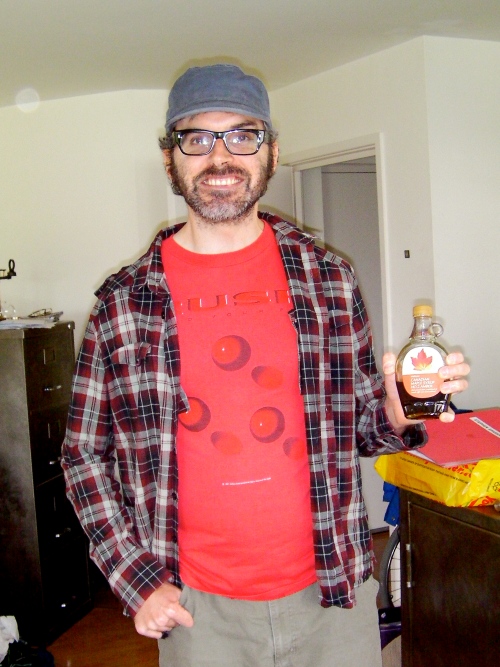 Just in case you doubt ol’ Gord’s chops: he is a former captain of the Selkirk Fishermen, a Junior B team (the oldest in all of Canada) which plays in the Keystone league. Don’t believe me? Look it up.

Anywho, we’ll hear from Gord from time-to-time going forward in various capacities. But today, we turn over the Happy Hour to him. Everything from here on out (unless noted) are his words.

What Gord’s Eating: Lemme tell you a story about pierogi. Pierogi are delicious. I don’t know how to make ’em on account of me not being Ukrainian or Polish or Czechosloviniash and so on, so Syl buys ’em down there at the Extra Foods on Main and when the Jets are goin’, I tell you what I could eat sixty or seventy kilos. But then I’d look like that Dustin Buffland or whatsever his name is and Syl would probably go kissin’ on her boyfriend from Grade Nine, Cam Cammuelson. Never liked that guy, but he could play shinny. Woulda made the NHL, I bets you, excepting that he has two left feet and I don’t mean metaphorically. Cam actually has two left feet, which meant he always had to buy two pairsaskates and you know how expensive that can be? Guy was always getting blisters on his toes. Either his big toe on his right foot or the little one on his left. 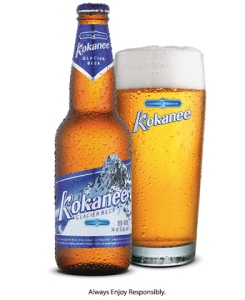 What Gord’s Drinking: Listen, payday isn’t until next Friday, so I’m not exactly out here drinking Alexander Keith‘s or something where Syl is gonna make me wear a shirt with sleeves. I gotta keep it cheap, so it’s all Kokanee all the time. At least until the Bombers start winning. Wait, who am I kidding? The last time the Bombers were good, I had gone up fishing on The Lake with my friend Trevor Gravyboat. We pulled in this huge goldeye and that damn fish — I swear to Hull — that damn fish flopped around and knocked our sixer of Labb Lite straight into the water. I was so dang mad at that fish that I thought about cursing at it and then immediately apologized and turned myself into the RCMP. They let me go when Trev said he wouldn’t let me drink any more that day, but how could I what with the Labb Lite at the bottom of The Lake?

Chicago: The Hawks, in addition to having won Lord Stanley’s Cup, are also in possession of three Winnipeg treasures: Duncan Keith, Patrick Sharp and Jonathan Toews. Goodness me, what an embarrassment of riches! As if that wasn’t enough — and frankly, I think that Toews is maybe a little soft, because he after all ditched the Western League to go play at something called Shattuck-Saint Lady’s or something and then played college hockey? I don’t get him — anyway, if that wasn’t enough, they also got that Sheldon Brookbank. He’s from Saskatchewan and he’s got a name like an accountant. I like that Sheldon Brookbank. Anyway, good news — beyond that Sheldon Brookbank item — is that Illinoise is getting a new capitol building. Dang thing is goo-enna cost 50 million American. Unbelievable! What’s it made out of? Coffee Crisp?

Your Weekend Jam: “Name The Capital” by Stompin’ Tom Connors

Colorado: What the hecks is an Avalanches? I still haven’t figured that out. Now, we get ice up there on the Red River, but an Avalanches? No. Of course, I didn’t know what a Nordeeks was either even though I was pretty good in my French in Grade Seven. I don’t like to show off, but sometimes, in the bedroom, I speak a little French to Syl, if you know what I mean. Oh and what’s with this scoreboard? Are you showing off or something? Jeez Pete, don’t be so gaudy. Did you see that, uh, Broncos or whatever last night? Had a dang lightning delay. We didn’t have no lightning delays back when I played for the Selkirk Fishermen. Hockey players are just tougher I guess.

Dallas: I heard the bad news that Brett Hull — he’s the son of Bobby, ya know? — is leaving you for St. Louis. Boy, is that bad? Does that hurt? Does it hurt like it does when someone STEALS YOUR TEAM? YOU’RE A BUNCH OF TEAM STEALERS TOO YA KNOW? CATTLE RUSTLING NO GOODS. I’m sorry for snapping at you.

Your Weekend Jam: “Lay It On The Line” by Triumph

Minnesota: I went down to Minnesota one time to go to the Mall of America. I don’t like to say mean things about Minnesota, because they are a lot like Manitobans, God bless ’em, but the Mall of America paled in comparison to the West Edmonton Mall. Oh gosh. Now I feel bad. Listen, Minnesota: you must be doing something right — Toro is adding big stuff to its headquarters.

Nashville: There’s still a dang team in Nashville. Holy cow! I thought they were moving that danged thing to Hamilton or Saskatoon or Red Deer or something. Oh holy cow, they are making poutine there? POUTINE? With sausage gravy??? Will they ever stop stompin’ on our good Canadian traditions? And I sure don’t get why David Poile would turn down a chance to work in a real classy hockey market like Calgary and a chance to work with that Jay Feaster.

Your Weekend Jam: “It Can’t Be Nashville Every Night” by The Tragically Hip

St. Louis: Are the Blues ever gonna get Frank Pietrangelo’s cousin’s kid under contract or what? Jeez Louise, they are worse than Chevy at this. Oh goodness, I shouldn’t have said that. Here, take a loonie and convert it and go play the lotto down in St. Charles.

Your Weekend Jam: “You Ain’t Seen Nothing Yet” by WINNPEG’S OWN BTO!