This week, it’s getting cold and you need to chill out.

END_OF_DOCUMENT_TOKEN_TO_BE_REPLACED

One of the earliest defeats of the Flortheast came November 13, 1775 when forces led by Richard Montgomery seized Montreal during the invasion of Canada.

There was no glorious battle to be had here. Montgomery’s forces had put Fort St. Jean under siege in mid-September. The garrison held out, but eventually superior American guns wore down the soldiers within and the fort surrendered to Montgomery Nov. 3.

That essentially left the road to Montreal undefended. Montgomery’s forces marched to the city and Guy Carleton, the British general in charge at Montreal, fled. Montreal surrendered without a single shot fired.

Eventually, Montgomery’s forces would march to Quebec City, joining with the still-loyal Benedict Arnold. Montgomery was killed at the Battle of Quebec, but Carleton — acknowledging the respect of Montgomery by Patriot and British forces — ordered a full military funeral “but without much fanfare.”

END_OF_DOCUMENT_TOKEN_TO_BE_REPLACED

As camps continue in Conference III, we’ll do a daily check-in on what’s happening across The Heptarchy. Most of the time, frankly, this is going to be by Twitter search or maybe Google if we are feeling especially inspired. Sometimes the Nashville report may be done in person. We’ll see if our buddy Gord Stinkhole wants to check in from Winnipeg. And if any of y’all have any insights from a camp visit, fire ‘em to conferencethree[at]gmail[dot]com. We’ll totally rip off your content.

END_OF_DOCUMENT_TOKEN_TO_BE_REPLACED 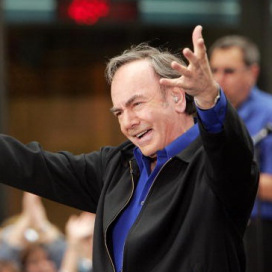 This week, III Communication presents “Hot August Nights.” At one minute past sundown local time we’ll be reviewing the off-seasons of each Conference III team using the songs of American legend Neil Diamond.

Tonight, we head to the Big D with the Dallas Stars.

END_OF_DOCUMENT_TOKEN_TO_BE_REPLACED

Regressing To The Mean: The 2013 Off-Season and Conference III’s Rude Awakening

“This is the West, sir. When the legend becomes fact, print the legend.” — Maxwell Scott (Carleton Young) in The Man Who Shot Liberty Valence

In the four months since III Communication opened for business, we’ve variously described Conference III as a collection of raccoons, prison, a gang fight,  Battle of the Network Stars meets The Running Man, Hell, a structure of steel and human sinew and dinosaur bones, forged and melted in the very fires of Phlegethon, and a Joy Division song.

The allegorical and metaphorical intent was clear — Conference III would be the world’s largest Thunderdome, stretching across a large section of North America. Because of geography, because of the nature of the teams and cities involved, because of their history, it was easy to appropriate the mythos of the American frontier and the Old West and imagine Conference III’s future as an echo of a past — as a sort of lawless id of a hockey division.

And then the offseason happened and the legend became fact.

END_OF_DOCUMENT_TOKEN_TO_BE_REPLACED

It’s five past 5 across Conference III (leave work early, Colorado — you have our permission, if you’re in fact working today, which seems unlikely), time to hit bricks and get that freakin’ weekend started, am I right?