Sixty people set up a camp of a few cabins — none of which had, ya know, doors or sloped roofs. They also didn’t have a whole lot to eat (foreshadowing!) except their oxen, which were dying of starvation themselves.

Right now, you’re thinking “But they were by a lake and a river was nearby. A untouched, virgin lake and river high in the mountains. Bound to be full of fish!”

“Oh, but winter came early, so it was probably frozen over. Another piece of bad luck for the bad luck Donner Party, right?”

NOPE. As a matter of fact, the lake wasn’t yet frozen over and was indeed action-packed with trout. It’s just that none of these nimrods knew how to fish for trout. Seriously, the account of the survivors note that no one knew how to fish “for trout,” not that they didn’t know how to fish at all. Fishing for trout, by the way, is not all that different from fishing for anything else. The skill set is basically the same. It requires some patience, to be sure, and there’s a bit of a learning curve, but apparently these dingbats either gave up too quickly or just decided it wasn’t worth the hassle. So instead they ate their mode of transportation and mice that wandered into the cabin and one time a bear. Early on in the wintering-over, some dude killed a bear, which I imagine is pretty tough (sure as hell tougher than say, fishing for trout, for example), but “he had no luck after that.” Maybe do what you did before and do that again with another bear.

We all know how this story ends: they eat each other and then never speak of it again, wrapping up the most bizarre western road trip of all time. Isabella Breen — who was one, because these geniuses who apparently didn’t know how to fish or build a cabin with a door brought an infant with them on a trip across the continent — was the last survivor and died in 1935.

END_OF_DOCUMENT_TOKEN_TO_BE_REPLACED

Every Thursday we bring you the III Communication’s Conference III Power Rankings, the Thursday Thirteen.

This week, it’s scary as heck!

END_OF_DOCUMENT_TOKEN_TO_BE_REPLACED

The Metropolitan Division is Stupid and Ugly and Dumb 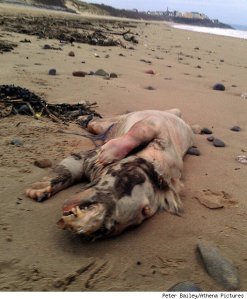 The NHL’s Metropolitan Division is a complete wasteland, devoid of any meaning or usefulness.

It’s so bad it’s awfulness was unpredictable — or beyond prediction, because it was so apparent.

It is both overrated and underperforming.

It is not a sleeping giant. It is a creeping giant, crawling slothlike down a hill to a boomshaw where it will try to swim but fall to the bottom of the beautiful abyss under its own slovenly weight to drown and eventually be consumed by heretofore undiscovered creatures with no eyes.

That’s a lot of pretty words to describe a decrepit scene. And these days, people want numbers. Oh, but the numbers. There is no poetry in arithmetic, which is fine because there’s no poetry to describe how woeful the Metro is, unless there’s undiscovered verse from an especially dark day in Emily Dickinson’s life. Here’s the numbers anyway:

END_OF_DOCUMENT_TOKEN_TO_BE_REPLACED

On October 29, 1618, Walter Raleigh, one-time court favorite and colonist of some renown, is beheaded at the Palace of Westminster for his part in the Main Plot to usurp King James 15 years earlier.

Raleigh, rumored as one of the lovers of James’ successor, Elizabeth I, lived one of those absurdly-busy 17th century lives: founding (and losing) Roanoke Colony, serving in Parliament, introducing tobacco to England, writing a travelogue that contributed to the (false?) Legend of El Dorado.

His execution was just as bizarre. Even at the time it was considered a little much. His contribution to the conspiracy appeared to be nothing more than taking a meeting with the plot’s leader, the testimony of whom was used to convict Raleigh. Raleigh was actually released from prison to lead an expedition to Guiana (and also while in the Tower of London, found time to father a son) and re-arrested before being executed.

Also, let’s not forget this, but James I was kind of a jerk.

END_OF_DOCUMENT_TOKEN_TO_BE_REPLACED

A recap of tonight’s Conference III action with help from the geniuses on social media:

END_OF_DOCUMENT_TOKEN_TO_BE_REPLACED 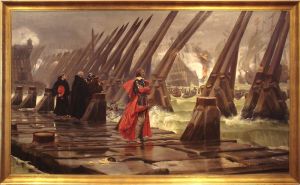 The Huguenots at La Rochelle surrender to the forces of King Louis XIII on October 28, 1628, ending a 14-month siege of the town.

The siege itself was the climax of the tensions between Protestants and Catholics in 17th century France. After Henry IV’s Edict of Nantes gave religious freedom to Protestants, the Protestant Huguenots set up shot at La Rochelle, which became functionally the capital of Protestant France and became the kingdom’s second or third largest city.

Predictably, Henry IV was assassinated (trapped in a traffic jam, killed by a crazed Catholic) and Louis XIII, his son, was less inclined to be nice to Protestants.

Cardinal Richelieu declared suppression of the Huguenots the No. 1 priority of France, England’s Charles I sent the Duke of Buckingham to chip at La Rochelle, the people of La Rochelle refused to side with Buckingham and become open enemies of the king. The king’s forces surrounded the city and La Rochelle was under siege for 14 months.

The capitulation of the Huguenots solidified Royal (and Catholic) power in France and marks an important moment in the wide-spread centralization of government power still evident in France today.

END_OF_DOCUMENT_TOKEN_TO_BE_REPLACED

A recap of tonight’s Conference III action with help from the geniuses on social media:

END_OF_DOCUMENT_TOKEN_TO_BE_REPLACED 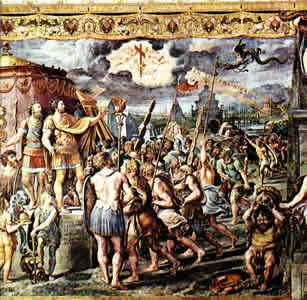 In one of the most famous changes of heart  in human history, Constantine The Great looked up in the sky on the evening of October 27, 312, and had his Vision of the Cross the night before what would be known as the Battle of the Milvian Bridge, the key battle in the wars q1 g2`1q.

In the vision, he was commanded to “delineate the heavenly sign on the shields of his soldiers,” commonly believed to be the labarum, or Chi-Rho cross.

Constantine, the story goes, saw the words In hoc signo vinces — “In this sign, you shall conquer.”

And so he did.

END_OF_DOCUMENT_TOKEN_TO_BE_REPLACED 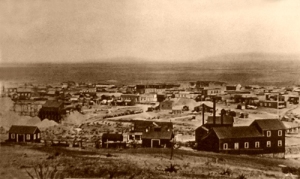 The Cowboy gang — those dastardly McLaury and Clanton brothers, plus Billy Claiborne — squared off with the equally-dastardly “lawmen” Earp brothers and their old pal Doc Holliday in the Gunfight at the O.K. Corral.

At 3 PM — coincidental! — it all jumped off, the culmination of a long and complicated feud, and found its way into American lore — a tale of bad guys against less-bad guys, guns a-blazing in the street. All of it over in 30 seconds.

And old Doc, that tooth-pulling, limping, gambling, boozing son of the south, well…he was probably drunk, but, dammit, if he’s not our favorite.

But that frenzied gunfight, borne of a series of feuds which could never be understood by outsiders, is the perfect event to recall on a day with three intra-Conference III games, with everybody except the League Best Avs playing.